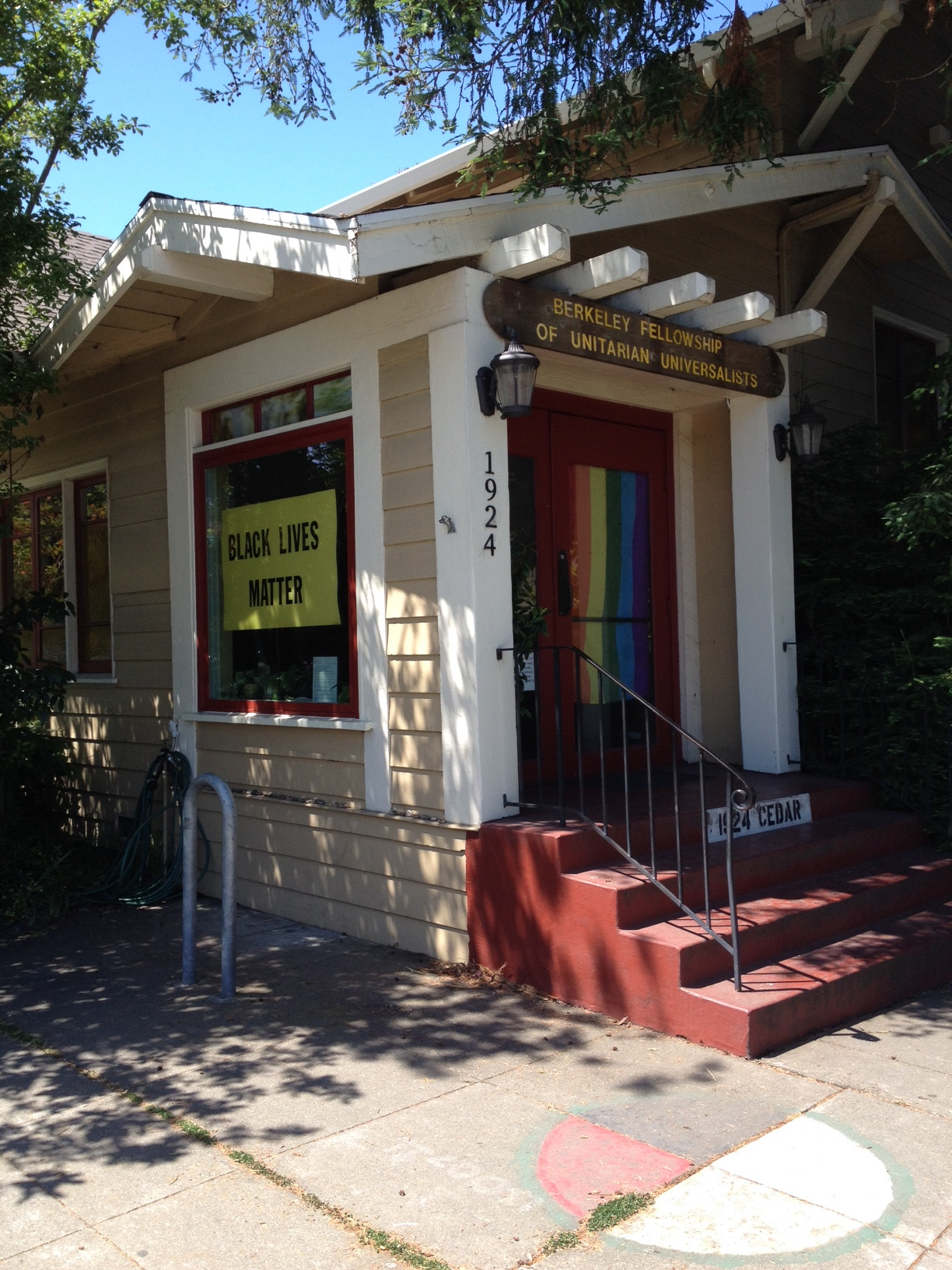 The Berkeley Fellowship of Unitarian Universalists (BFUU) is a dynamic Unitarian Universalist congregation that plays an important role as a progressive spiritual community in the heart of Berkeley. Founded in 1957, the Fellowship has had a rich and distinctive life as a congregation. The Fellowship Social Justice Committee has been recognized by the Pacific Central District of the Unitarian Universalist Association for its dedicated and outstanding social justice work around environmental issues, against capital punishment, and in promoting peace, democracy, and human rights. BFUU has a history of welcoming people from all walks of life, and many have found here friendship, community and a spiritual home. The Fellowship also enriches the life of the surrounding community as a much-used and much-loved venue for social justice and cultural programs.

Legend has it that the Fellowship’s formation was in part due to the University of California Berkeley’s attempt to force professors to sign a loyalty oath swearing they were not members of the Communist Party, during the mid-1950’s. Of the professors who refused, ninety were members of the UU Church of Berkeley, which had its sanctuary on campus. The case was taken to the Supreme Court who ruled in favor of the professors. The (unverified) legend is that the University retaliated by evicting the UU Church from Campus, leading to the founding of two separate UU congregations in Berkeley, one of which was the Fellowship.
The Fellowship’s first minister Clark Olsen was financially supported by the congregation to participate in the Selma to Birmingham civil rights march in 1965 along with UU minister James Reeb of All Souls Church in Washington, DC and one other UU minister. James Reeb was beaten to death by a white segregationist mob. Clark Olson was not harmed, but he became part of this watershed moment that was a catalyst in passing civil rights legislation that year. The Fellowship has been the site and catalyst of other seminal moments and political emergences. Notably, it was at a Fellowship Sunday Service that Cindy Sheehan spoke publicly about her son Casey’s death in Iraq, quickly leading to her emergence as an anti-war activist. The Green Party of California was also founded at the Fellowship in 1991.

The Fellowship also has many individual members whose lives are part of the rich tapestry of the social movements and cultural developments of the twentieth century.